Whoa… hold up! Now, I’m not one to make false accusations about anyone’s music but… on the real, a few fans brought to my attention that there seems to be some “Nonstop” boosting activities going on – allegedly … and I am not the guilty party. Take a listen. Can you hear the similarities at 1:03 in Drake’s “Nonstop” and at 3:07 in my latest release “Trapstar Anthem”? Did you notice the release dates: Nonstop, 06/29/2018 and Trapstar Anthem, 05/17/2018? Yeah, I know you’re probably thinking although Drake’s song was released on June 29, 2018, it could’ve been in the works a lot earlier. True… however, I’ve never been around Drake personally or his crew/team to hear any of his lyrics when he was recording “Nonstop”. I am a one-man-team so it could’ve been easier for him or his team to search around to get ideas and bite off my song before releasing his song. From Ghostwriters to bitin’? What do y’all think?

Check both songs on the links below: 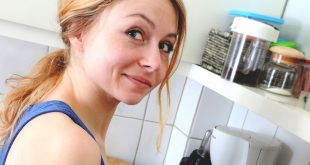 Air conditioners can be difficult to fix during a stretch of intense heat, compounded by …