Brandon Brice, a Rising Star in Michigan Politics and Community

editor May 30, 2019 sponsors Comments Off on Brandon Brice, a Rising Star in Michigan Politics and Community 2,622 Views 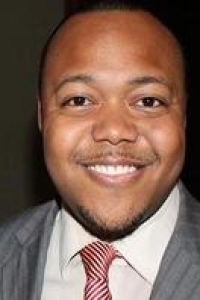 Brandon Brice is part of the Michigan Political Leadership program at Michigan State University and is also leading new community initiatives in Michigan.

This feature explores his work and highlights some of the positive changes and developments he’s bringing to the state.

Brice is a political commentator and public figure who has been featured on national and international media outlets, lending his expertise on politics, community and social issues.

Brice was born on Detroit’s West Side, and when he grew up, decided to pursue a bachelor in business administration at Howard University.

He served as a business analyst for World Wrestling Entertainment and was later elected to serve as Director of Education and African American Affairs for Governor Chris J. Christie.

He’s expanding his work further by continuing to help the people of Michigan:

Not only is he a role-model to people in Michigan by helping with political leadership and education, but he’s campaigned to represent its people on many occasions.

Brice was a candidate for an at-large seat on the Detroit Public Schools Board of Education in Michigan.

Brice calls Detroit a comeback city, and though his education has taken him all over the U.S., he finds himself returning frequently.

His goal is to contribute to the education and development of the Michigan and its communities.

He has experience in workforce development, a valuable skill that makes him qualified to educate communities on politics, development, and programming and growth.

“I believe in quality education, hard work, dedication and service to others,” says Brice.

To find out more about how Brandon Brice is shaping Michigan, you can visit his website at www.brandonbrice.com

Previous Is Drake Bitin’?
Next Organic Coffee vs. Conventional Coffee: What’s the Difference?