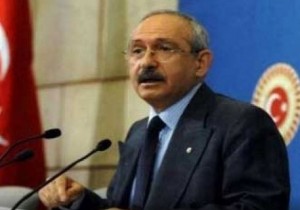 Following the recent seizure of a truck loaded with weapons en route to terrorists in Syria, the leader of Turkey’s Republican People’s Party, Kemal Klichdar, blasted the administration of Prime Minister R. Tayyip Erdogan and his Party for providing weapons to al-Qaeda and Jabhat al-Nusrah terrorists in Syria.Klichdar’s accusations came after yet another truck, loaded with weapons and en route to terrorists in Syria was stopped in Turkey, near the Syrian border. The Turkish daily newspaper Cumhuriyet quotes the Pepublican people’s Party Chairman as saying:

“Erdogan’s government is interfering in the domestic affairs of Syria, and it is providing weapons to al-Qaeda and Jabhat al-Nusrah as it was revealed by the jurisdiction”.

The Power of Art: How the Abu Dhabi Arts Society Uses Art as a Tool …