The author of the HIDDEN KEYS, Dr. Haider I Mohsin is back again with ((The Unseen))

editor February 10, 2016 sponsors Comments Off on The author of the HIDDEN KEYS, Dr. Haider I Mohsin is back again with ((The Unseen)) 2,114 Views 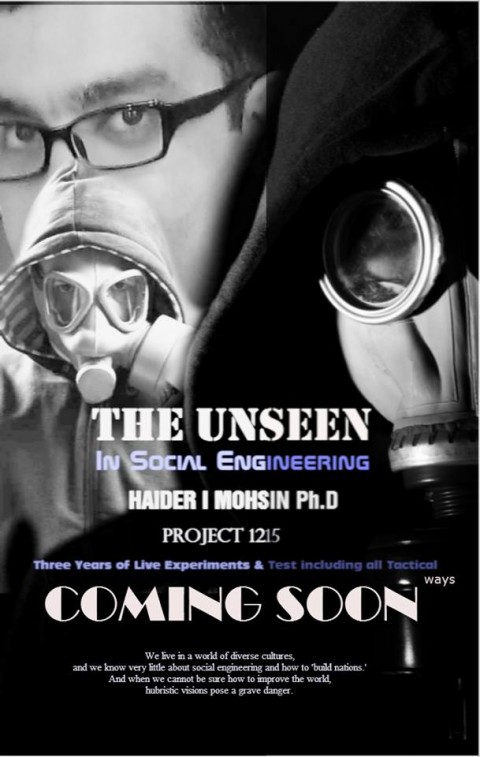 the title maybe strange, but that’s what we get from mysterious writers and authors, his previous books the hidden keys which published in 2013 this book hit the globs with new ideas which talks about secrets from ancient mythology and religions in old Aramaic and Sumerian language and new technology upgrade which effect in our life, from the philosophy ancient civilization to the technology of silicon valley till this moment

From our resources the new coming book will be very strange mysterious title as we look to the cover of the new book.

The question is the hidden keys was as some of the writers called it the thunder of ideas, so what will Be (( The Unseen )), which secrets will reveal and why it’s mention project 1215 , it’s look like one of the Alien conspiracy books with new proof and New title as merge with social engineering

Well, we will see what inside Dr.haider’s mind in his New Coming Book ((The Unseen: Project 1215))