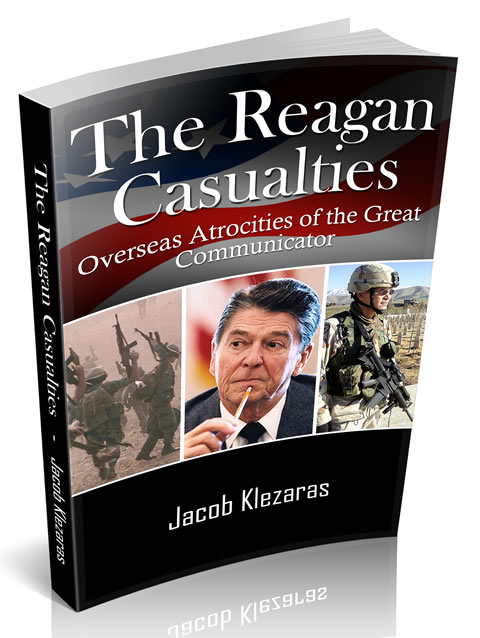 Written from an authorial position of moral outrage, the book discusses the administration’s alleged involvement in multiple genocides and terror operations abroad. “The Reagan Casualties: Overseas Atrocities of the Great Communicator” asserts that President Reagan provided aid to terrorist groups and death squads in various areas of the globe and goes on to explore President Reagan’s relationship with such notorious figures as Saddam Hussein, Charles Taylor, and Pol Pot.

The book, released through independent publisher the Wollstone Book Group, strives to point out that, while President Reagan claimed to be a steadfast proponent of human freedom good government, his administration was involved in global operations that had catastrophic impacts on innocent civilian lives. In “The Reagan Casualties”, Klezaras maintains that malicious dealings in places from Haiti to the Near East resulted in the needless deaths of innocent men, women and children.

The newly published book is now available for purchase via Amazon and select independent booksellers. A Kindle-compatible eBook is also available